Ally Pally and a Chalk Board 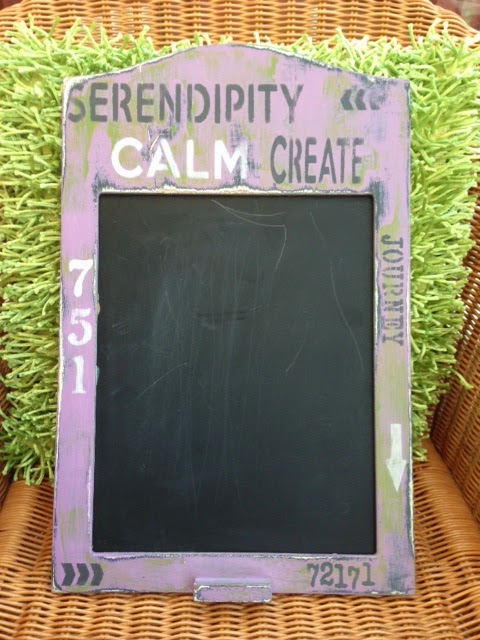 Thanks so much for stopping by,Life is all over the place at the moment as I am mid move and things are everywhere and nowhere at the same time.
Last weekend (12&13) I was lucky enough to me at the big craft show in Ally Pally demoing the new Decoart chalk paints for Crafting Time I was there with Andy Skinner who was demoing the new Decoart Media line.
In between making samples of tags and door hangers I found time to shabby up this chalk board.
The board started life as plain white with a fairly boring graphic over the top. It's Crafting Time's colours are Purple and Green so I had a starting point of where I was going to end up.
I started by giving the frame a coat of Relic and decided to use the Vaseline resist technique, for the second coat I used New Life and once dry wiped away the paint on the Vaseline covered areas, some more Vaseline and a top coat of Remembrance was applied. Once all was wiped back I decided I  wanted an even more distressed look so using my sanding block I went to town going through all the layers in places and giving a nice smooth finish.
I was lucky enough to get my mitts on a prototype stencil and added all the details using Relic and Lace sanding back once dry to stop the lettering looking to stark. 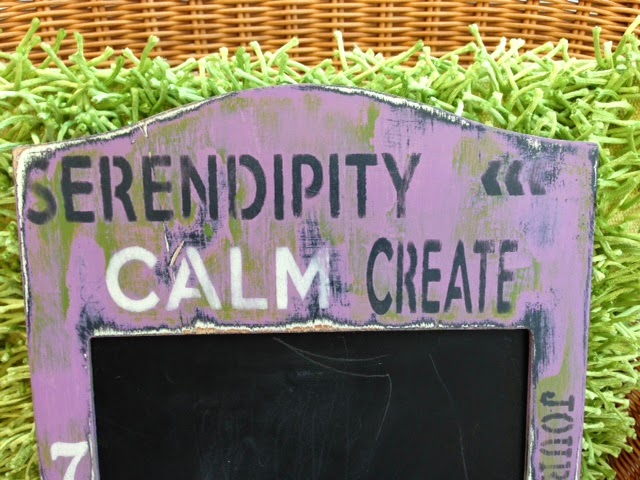 Before the Gates were opened (the calm before the storm) 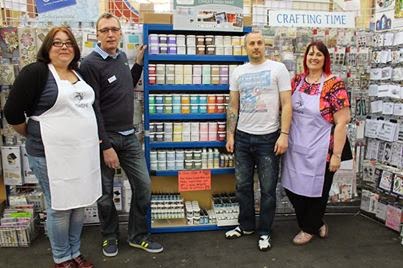 I almost look like I know what I am doing ;) 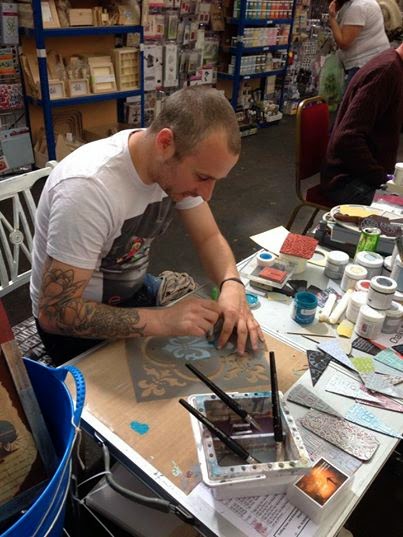 As you can see Andy was kept busy as well. 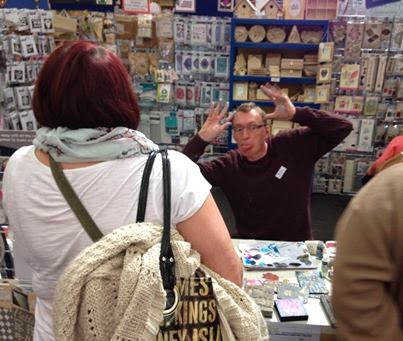 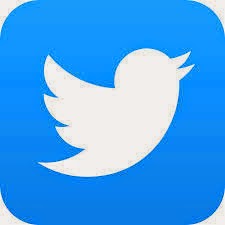 My Other Blog, For more crafty makes

mark gould
Hi, guess I should write a little about me. I started this crafting thing Xmas 2011 and have no art background, my sister has been very artsy and craftsy for years and makes everybody a card so I thought it was time to repay the favour,and I really enjoyed it.My interest has grown from there. In this blog you will see Im new and it will show that things do not have to be perfect as long as you are enjoying the process.It is also where I can have all the craft stuff in one place, peoples Blogs and an online diary of what I get up to. I work for myself as a Landscape gardener and have been doing this since I was 20..I have two very stupid cats called Spesh (yes it is short for special needs) and Pounce. In the past I have spent a lot of my time climbing rock faces and is still something I enjoy when time can be found.thanks for stopping by and joining me on my crafty journey. So far the ride has been amazing.